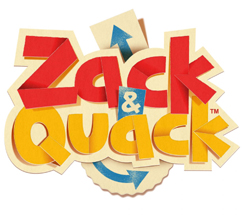 The new master toy partner for Zodiak Kids Zack and Quack will be confirmed shortly.

Zack and Quack is co-produced by Zodiak Kids with QQD Limited and High 1 Entertainment.

Seven year old Zack and best friend Quack the duck are pop up characters in an amazing 3-D animated world. As they lift the flaps and pull the tabs new adventures unfold and challenging problems are solved. The friends are ably assisted by the girl next door Kira and animal buddies Belly Up the bullfrog, Fluffy the hedgehog and Hop and Skip the squirrels.

The Zack and Quack show lends itself perfectly to a range of pop out card construction toys, as well as plush and playsets.

Fans of the show just cannot wait till plans for Zack and Quack toys unfold. 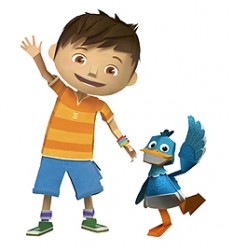