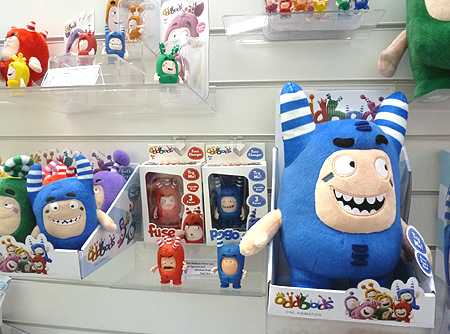 In a deal with European master toy partner RP2, preschool specialist Golden Bear will distribute character plush and other exciting new Oddbods toy lines throughout the UK and Ireland from 2016.

Oddbods, produced by One Animation is a new series of five minute animated shorts that debuts in the UK on CITV, ITV and Cartoon Network. Singapore-based One Animation was founded in 2008 and specializes in family-friendly CGI animation.

From 2016, Golden Bear are releasing a complete range of plush Oddbods toys including Fuse, Zee, Newt, Slick, Pogo, Bubbles and Jeff. Each character has its own unique personality and favourite colour. A range of plush and talking plush will be available. Oddbods Walking Talking Pogo is a feature plush that even repeats what you say!

Look out also for plastic Oddbods figures and playsets, and role play toys. These include action figures in a blister pack with a backing card, and vehicles such as Pogo’s Ice Cream Van and Fuse’s Monster Truck. The Oddsville Diner Playset is a pull-out playset with interactive features.

With the backing of ITV and Turner, it would be odd indeed if Oddbods toys weren’t crazily successful. 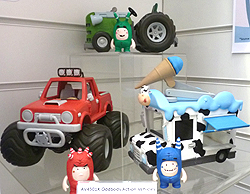