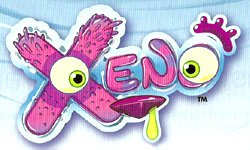 Xeno toys are the interactive monster pets from Flair.

Flair, a division of the pan European Giochi Preziosi toy company, launched the Xeno toy in Summer 2014 with a heavyweight TV and digital marketing campaign.

With eight in-built touch sensors and audio receivers, not only can the Xeno monster interact with its owner but also with other Xenos. Xeno dances to music, talks to his friends and reacts to his owner.

Xeno needs looking after, just like a real pet, as he has over ten different emotions and communicates with 40 different expressions through electronic LCD eyes.

Xeno toys retail at around £79.99 and are absolutely stuffed full of great fun features. 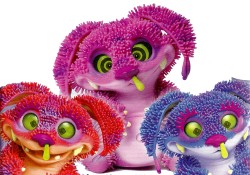