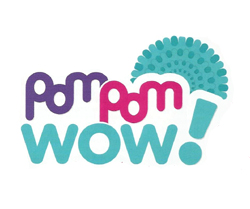 Pom Pom Wow! toys are a new range of crafting toys from Character. 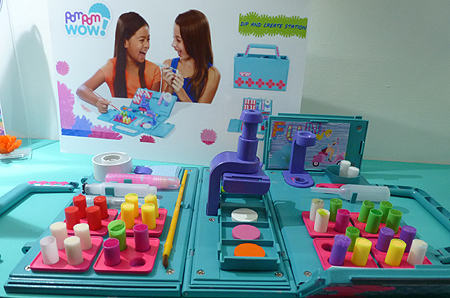 Oldham-based Character Options are releasing Pom Pom Wow! toys on May 16th to a huge media campaign including online, TV and print media.

With Pom Pom Wow you can create your own decorative pom poms to personalise almost any accessory imaginable. Pick a pom pom, stick it with the adhesive dot supplied, pull off the outer tube, and a decorative pom pom is magically revealed. Add to your pom pom creations by dying them or covering them in glitter.

The Pom Pom Wow! set comes with a variety of coloured pom poms, a range of dyes and paints, glue, brushes and glitter. Mini posters all ready to decorate are also included. For easy storage, the whole set folds away into a neat carry case, the Dip and Create Station, complete with fold-out sections and handle, meaning you can literally take it anywhere.

Pom Pom Wow! was named by the BTHA as one of the Best New Toys in the Creative category for 2016. 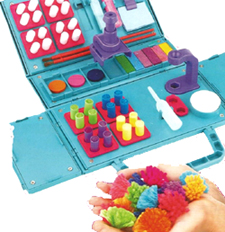