Jelly Jamm toys are made under license by Bandai toys.

Jelly Jamm is a 3D animated TV series produced in Madrid with the backing of Bandai as co-producer. It features the musical adventures of five kids living on the planet Jammbo.

In the UK Jelly Jamm has aired on Cartoonito and Channel 5’s Milkshake to popular acclaim. 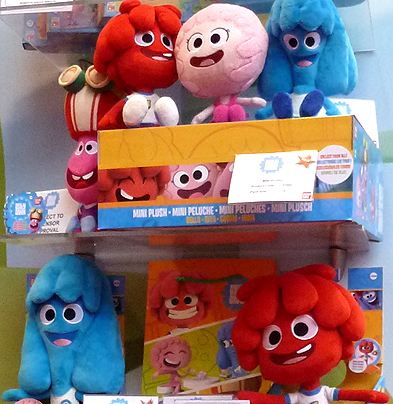 Bandai’s collectable Jelly Jamm figures of Ongo, Goomo, Rita, Bello and Mina along with the King and Queen of Jammbo will be released in 2013.