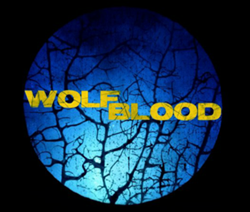 Wolfblood, created by West Wales resident and screenwriter Debbie Moon, is a co-production of CBBC and German TV company ZDF. The brand is represented in the UK by Bulldog Licensing.

Each series of thirteen episodes concerns the secret lives of half-human half-wolf creatures centred on the village and countryside of the mythical Stoneybridge, actually filmed in Blanchlands in Northumbria in the North East of England.

The Wolfbloods have all the same instincts as their wild counterparts, and will defend territory and pack status ruthlessly.

Wolfblood merchandise is available now including DVDs, t-shirts and posters. Other lines will include clothing, stationery, games and books. As yet there is no master toy partner for the license.

Wolfblood toys could certainly include action figures, playsets , roleplay and dress up items.

Fans of the show are waiting with increasing impatience to get their paws on new Wolfblood toys.