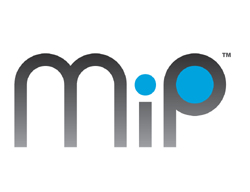 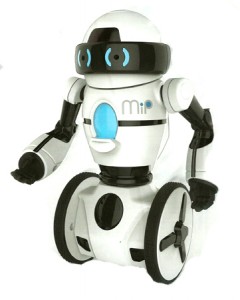 MiP toys are the amazing new robot toys from WowWee.

WowWee is an award-winning hi-tech company that specializes in robot toys. WowWee’s Mobile Inverted Pendulum robot, or MiP for short, was co-developed by the University of California’s Coordinated Robots Lab.

Mip has in-built patented GestureSense technology that allows you to control him simply by using your hand movements.

Download the MiP app and you can use it to control the MiP toy robot via Bluetooth, just like a conventional radio control unit, only using your smartphone or tablet.

MiP is the world’s first toy robot to get around by balancing on just two wheels. He senses objects around him and can even carry his own weight without a problem using the tray accessory provided.

Packed with loads of fun features the MiP robot toy can dance to any track you play via the app, follow you around, perform tricks, play games, or simply explore the environment around him.

Use MiP with friends to battle or race. Trace a path for the two-wheeled robot to follow with a swipe of your finger. You can even alter MiP’s mood by selecting from a variety of states in the app.

The MiP robot toy is initially available in a choice of either black or white finishes.

WowWee’s MiP toy is probably the most advanced toy robot ever made.