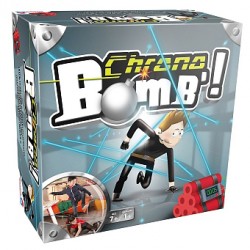 Chrono Bomb toys are distributed in the UK by IMC Toys.

Made by French toy company Jeux Dujardin, part of TF1 Games, Chrono Bomb completely sold out when it first launched in France.

Now Spanish toy makers IMC have been awarded the sole distribution rights in the UK.

The top selling Chrono Bomb game involves negotiating a series of trip wires against the clock to prevent the ‘bomb’ exploding. Run out of time, or hit the trip wire, and … kaboom!

To set up the game you key in the duration of the gameplay, arrange the tripwires that simply clamp onto whatever is available, and decide whether to play with one player or several players. As soon as the game starts the ‘chrono’ starts ticking and the ‘bomb’ must be disarmed before it’s too late.

The countdown has begun to the explosive retail campaign for the launch of Chrono Bomb toys in the UK and beyond. 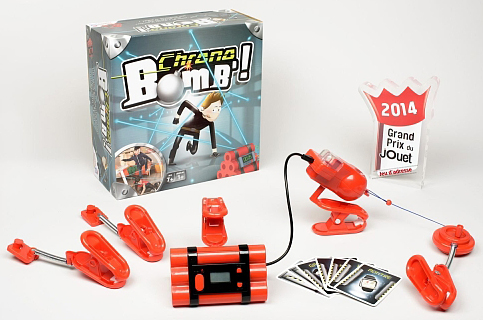