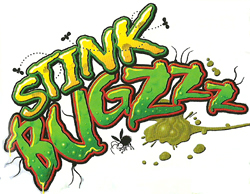 Developed by fast-growing US toy company Summit Toys and distributed by Character Options, the Stink Bugzzz are billed as ‘the stinkiest launch of 2014’.

Simply squeeze the Stink Bugz to release a blast of disgusting stinky smells. 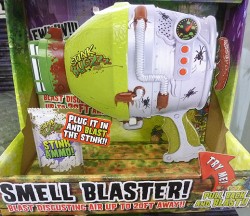 The Stink Bugzzz Whoopee Bug is a bit like the old fart cushion toy, except sit on this creature and it releases a terrible stink.

The Stink Bugzzz Smell Blaster can shoot bad smells to a distance of 20 feet, and what’s more it features three different fart noises!

The Parasite Pack includes the Stink Bugzzz Master Blaster; load one of the Garbage Gang and blast away.

Trash Pack fans will be dying to catch a whiff of Character’s Stink Bugzzz toys. 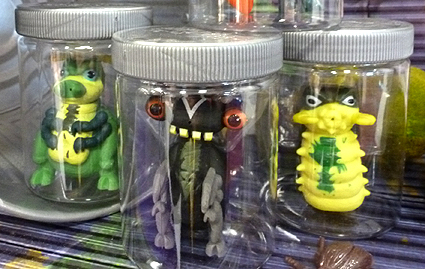