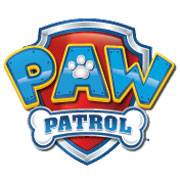 Paw Patrol toys based on the exciting new Paw Patrol animated series are made by Spin Master.

Paw Patrol is a new concept from Bob the Builder creator Keith Chapman brought to life with CG animation by Toronto-based Guru Studios.

The stars of Paw Patrol are six plucky young puppies named Skye, Zuma, Chase, Rocky, Marshall, and Rubble. Tech-savvy Ryder, aged 10, is the intrepid leader of the Paw Patrol whose mission is to help protect the community of Adventure Bay.

The show is a co-production of Spin Master Entertainment and Vaicom’s Nickelodeon and marks another point in the rapid expansion of global toy companies into the realms of in-house intellectual property development and ownership.

As Spin Master already own the worldwide toy rights to Paw Patrol toys, we can look forward to a wide range of toys including Paw patrol plush, action figures and playsets.