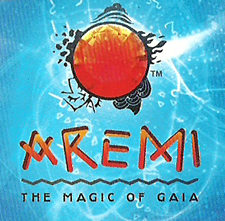 Aremi toys are a magical new range of toys from Toys Talk.

Headquartered in Brazil, Toys Talk is a fast-growing international toy company founded in 2009.

Aremi the Magic of Gaia is a range of interactive cauldrons. The first Aremi Cauldron toy to launch is the Fire Cauldron.

The Fire Cauldron, retailing at around £59.99 includes a wand, a magic spoon and five different ingredients. When you stir in the ingredients, the cauldron produces light and sound effects and even emits ‘smoke’.

But the magic doesn’t stop there. By adding ingredients offline, kids can cast spells online on a smartphone or tablet via the downloadable Aremi app. The Aremi app incorporates an intriguing game with different adventure worlds to unlock and challenges to battle through.

At launch there are three spoons and two interactive touch-sensitive wands to collect. Aremi toys also come in blind bags with different ingredients discs, some including a light up feature. If you double the ingredients it doubles their strength.

Aremi toys introduce a real element of magical play that transfers seamlessly from the offline to the online world. 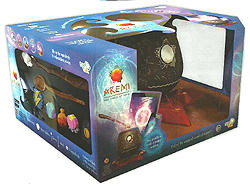