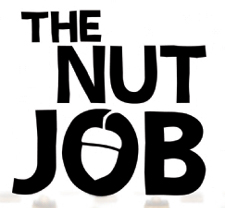 Based on the short prequel ‘Surly Squirrel’ by ex-Pixar animator Peter Lepeniotis, The Nut Job is a feature length animated movie produced by Toronto-based Toonbox Entertainment.

In addition, 52 eleven minute episodes of The Nut Job TV series are also set for release this year.

Surly the Squirrel and sidekick Buddy the Rat plan a nut store robbery with hilarious consequences. Surly and Buddy live in Liberty Park and wish to help their animal friends with the daring city raid on Maury’s Nut Store.

Naturally, Surly the Squirrel and Buddy the Rat will very easily translate into plush toys with both mass and cult appeal. The range of characters also lends itself to a line of The Nut Job Figures and playsets.

The master toy partner for The Nut Job Toys is expected to be confirmed soon.