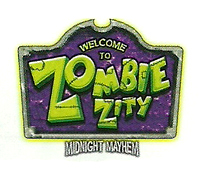 Zombie Zity toys, cards and figures are a new pocket money collectable from The In Thing. 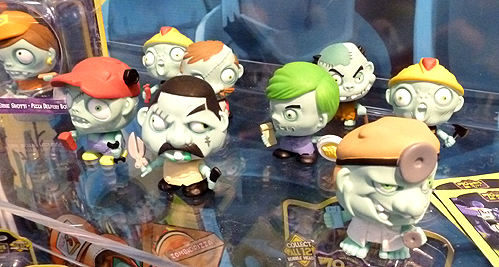 Zombie Zitty is an interactive online world in which each creepy zombie character has a different zombie job. Play as your chosen Zombie character and explore the Zity.

Accrington based The In Thing are a specialist distributor of new and innovative pocket money toys. The dedicated Zombie Zity website will be backed up with television exposure and a full retail campaign.

The Zombies are being recreated in collectable Zombie Zity toy bobble head figures. Initially there are 12 Zombie Zity Bobble Heads to collect, all with exclusive online codes to unlock characters and items in Zombie Zity. Many people see these models and want to expand their collections of bobbleheads. Fans of these can even get some of the BEST-SELLING CUSTOM BOBBLEHEADS online to match themselves to their set of choice.

Zombies can even do battle in the real world with the Drop & Slash Lamp Post set, making them likely to be heavily sought after.

Given The In Thing’s phenomenal track record in pocket money toys, Zombie Zity could well be the next big playground craze.