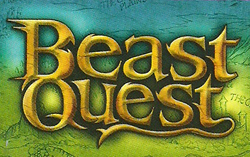 The long hunt for Beast Quest toys may soon be over.

The phenomenally popular Beast Quest books now have their own mobile gaming app developed by Miniclip.

Beast Quest Top Trumps make their debut in 2015 with new licensees sure to jump on board. Already signed up are Scribble Down for transfers and Fashion UK for novelty pyjamas and onesies.

Future Beast Quest toys could well include action figures, playsets and role play toys, although at the current time there is no master toy licensee for Beast Quest.

Given its huge legion of fans and incredibly high degree of trust amongst parents the Beast Quest brand would surely be a very welcome addition to the toy aisles.