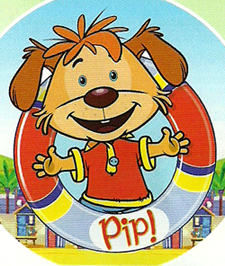 Pip! is a production of CHF Entertainment, who in their former guise as Cosgrove Hall produced animated hits such as Danger Mouse and Postman Pat.

Pip! debuts in the UK on Channel 5’s morning kids show Milkshake. The property is primarily aimed at a pre-school audience.