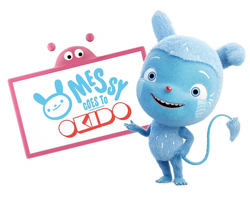 Messy Goes to Okido debuted on the UK’s CBeebies channel in September 2015. 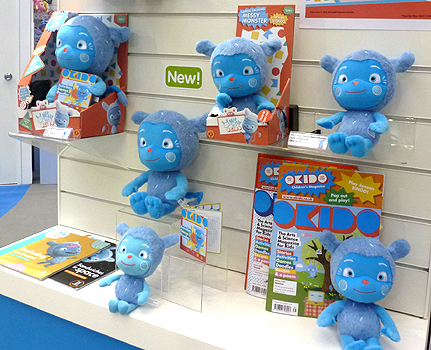 Produced by Battersea-based Squint Opera studios, Messy Goes to Okido is based on the Messy Monster character from the Okido kids’ science magazine.

When Messy Monster needs to find out about something he enters the magical world of Okido with friends Zoe and Felix where he asks Zim the talking computer, Zam the engineer and Zoom the lab technician.

Aimed at kids aged 2 to 5 years of age, the show was co-created by Sophie Dauvois and Rachel Ortas.

A master toy licensee will doubtless be appointed very soon to design a range of Messy Goes to Okido toys, both plastic and plush as well as playsets and role-play. Top of many wishlists is an interactive Messy Monster plush toy.

In December 2015 it was announced that UK toy maker Golden Bear are to release a range of Messy Goes to Okido plush toys. The plush line will hit retail shelves in Autumn 2016. Pre-school specialist Golden Bear are set to release talking Messy soft toys and feature plush versions too

Musical Activity Messy Monster is also a large feature plush toy, but one that plays music and comes with an activity book.

Messy Goes to Okido toys, in addition to being great fun, help kids discover new ideas from the world of science and engineering. 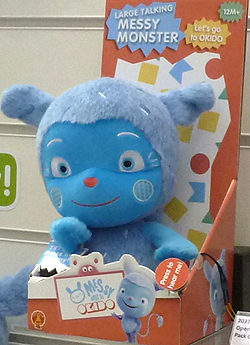